The project is aimed at improving infrastructure for offshore activities and forms part of efforts to develop the country’s marine transport and manufacturing industry in line with the South African government’s Operation Phakisa initiative. 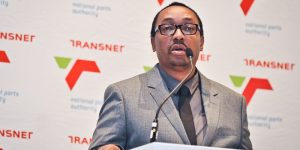 “Port Nolloth has historically been overlooked, but this rehabilitation project has seen us invest R7.2 million to date of a budgeted project value of R39 million. The full project is expected to be completed in October 2017,” said Cape Town Port Manager, Sipho Nzuza, whose portfolio includes Port Nolloth.

Nzuza said Port Nolloth would continue to serve as a support facility to the fishing and offshore mining industries and would play an active role as part of the Western Cape port system.
The primary Transnet infrastructure at Port Nolloth consists of an L-shaped concrete deck on pile jetty which includes a landing quay with a length of approximately 67 metres and a useable area of 1450 m2. 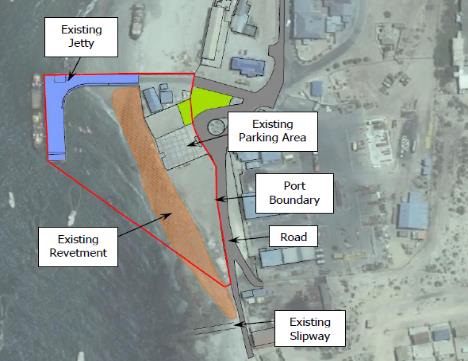 Port Nolloth has operated under a 10 year lease agreement to De Beers Group Services which has used it as an offshore supply base for conducting diamond prospecting activity in Namibia. Smit Amandla supply vessels are stationed in Port Nolloth and are used for transferring supplies to De Beers’ offshore prospecting vessels.

The port was founded in the late 1800s as an export facility for copper from mines located in the Springbok area. This activity ceased in the 1940’s and the port has since acted mainly as a support facility to the fishing and offshore mining industries.

In line with Transnet’s Supplier Development requirements, 25% of the contract value would be invested into local companies, predominantly black-, women- and youth-owned businesses. (Source: Transnet)